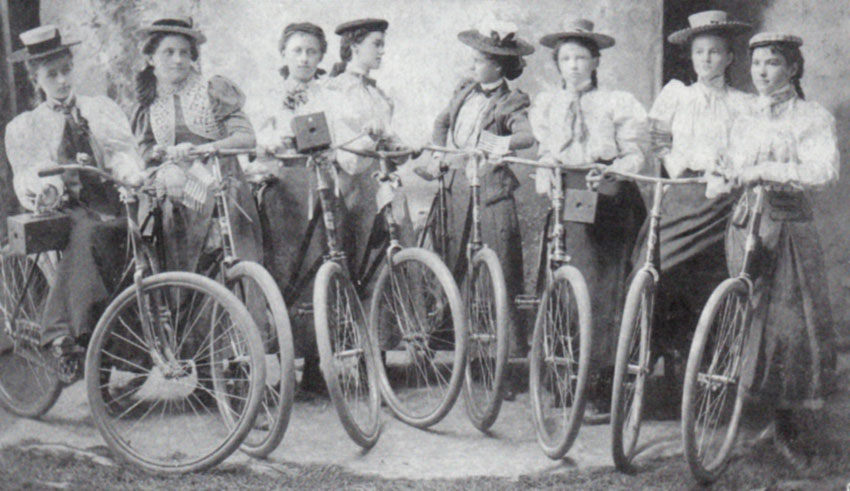 I may be defective. Not in the woe is me kind of way… more like “The Land of Misfit Toys”. When I was a kid and people asked what I wanted to be when I grew up, I didn’t understand the question. If the cultural milieu was conspiring to mold me into some automaton who would respond with “astronaut”, or “fireman”, it certainly didn’t stick. But it was worse than that; there was always a twinge of disdain for being asked such a question (and probably for the questioner). Not only did I not feel anyone should have to answer it, I thought it was a ridiculous question. In later years, I simply replied “CEO of IBM” because it was the most succinct answer I could come up with that didn’t lead to further impertinent questions. Of course, the real answer was that I wanted to play. The more I started to read about the heritability of personality, the more things started to make sense. I’m pretty sure I’m cursed with a genetic defect… “the adventure gene“. And there’s a pretty good chance you are too.

What is the “Adventure Gene”?

The science on the genetics of personality is still in its infancy. It landed on the world in 1996, with two papers attempting to link Novelty Seeking (NS) and Extraversion with the DRD4 gene coding for a particular dopamine receptor in the brain (Ebstein 2006). It’s important to consider that the interaction of particular gene expressions within individuals is quite complex. The interaction of multiple genes can yield a range of results. Therefore, we can’t say the gene discussed here is an on or off switch that says people with one variant will necessarily act a certain way and those with another variant will necessarily act according to another set of expectations. So literally… there is no single, binary adventure gene that determines whether or not you’ll be boring or awesome. However, links to personality traits that would tend to bias an individual toward certain personality traits that would lead someone to be more adventurous are starting to pop up. Enough of the scientifically required equivocation… back to DRD4…

The problem with science is that somebody has to pay for it. Don’t get all “it’s all a drug company conspiracy” on me now! What that means for this discussion is that most of the early research on the genetics of personality has involved “disorders” such as ADHD. Thus, we need to parse a bit of the jargon. “Novelty Seeking” is a specific personality used by researchers and professionals to make comparisons from one person to the next. The research here talks about it like crazy, but let’s go colloquial.

The Non-Technical Guide to Novelty Seeking

Say what? Novelty seeking means seeking novelty? Shocker… I know. The trouble is that if you read the literature, much of it discusses NS in terms that may make you think of depraved gambling addicted meth fiend crack head zombies (see Igor, science fun). As it turns out, novelty, and the other tendencies, have serious implications when we start to talk about how this relates to human evolution and the spirit of adventure required to populate the entire planet.

When we start looking at DRD4, it turns out that a specific variant significantly correlates with NS. In such individuals, those with the “adventure gene” present by using less emotion to make decisions and are less impacted by the negative emotions of others when forced to make decisions. Some people are more inclined to be “response ready” when faced with tough decisions in situations of uncertainty and emergency. (Wang et al. 2004)

Consistent with this “response ready” behavior hypothesis is the significantly better performance of DRD4 knockout mice on tests of complex coordination and the observed faster reaction times exhibited by individuals with [the adventure gene], in comparison to [the boring gene] individuals (Roussos et al. 2009).

Humans with the adventure gene also tend to be startled less. What I found interesting about that is not only do they seem less startled physically (they don’t tend to jump and squeal with shock), but their emotional response to being startled is also attenuated. This tendency is true on a short-term scale, but also holds up when stretched over time. These individuals maintained their ability to plan, make decisions, and undertake complex problem solving in the face of direct threat or in novel environments (Roussos et al. 2009).

We’re starting to get a pretty solid picture of the type of person you might want to turn to when things get ugly. For now, we’ll go ahead and ignore the fact that this sort of behavior can be problematic when others have to deal with these relatively detached wayward souls on a day-to-day basis… when nothing dramatic is afoot.

So much happened in the paleolithic! Not only did our favorite species, Homo sapiens, hit the scene, but the travel industry was born! The migration of humans across the globe had such an impact on our psychology that, to this day, we can simply put “travel” in a list of things we like and all the sexy people in a hundred mile radius will feel an irresistible attraction to us.

Sure, Homo erectus had the travel industry cornered a few hundred thousand years before us, but hey… they’re kind of us too. Current estimates for the last out-of Africa exodus focus on 44,000-47,000 years ago. And wouldn’t you now it, the explosion of the adventure gene in the population has been dated to 40,000-50,000 years ago by completely different methods (Wang et al. 2004; Roussos et al. 2009).

“The simplest explanation, then, for this worldwide [spread] is the most straightforward: the [adventure gene] was strongly selected for at about the time of the last major out-of-Africa exodus (Wang et al. 2004)”.

Now why oh why would something christened “the adventure gene” by hyperbolic determinism have been strongly selected for during a global migration?

Make no mistake about it, we’ve ventured well beyond evolutionary biology to get to this point. We’re talking about genes that directly influence behavior and cognition for favorable survival and reproductive success. That’s right confused minions… evolutionary psychology. Before long, we’ll all be automatons controlled by our genes making us tell everyone we want to be astronauts and firemen! Oh Noes!

“It has been suggested that [the adventure gene] would have great evolutionary importance contributing to major human migratory expansions in the past. Indeed, it is conceivable that risk taking with efficient problem solving, under-reactivity to unconditioned aversive stimuli and low emotional reactivity in the face of preserved attentional processing of emotional stimuli may have been advantageous phenotypic characteristics fostering migration and expansion. Low emotional reactivity is associated with high emotional endurance which can afford physical, emotional and mental resilience in the face of adversity in perilous environments. The disadvantageous decision making in [the adventure gene], high NS individuals does not necessarily result in dysfunctional behavior, since all our subjects were normal healthy volunteers, with no history or presence of psychiatric illness. It may even be that [the adventure] genotype may be protective against stress, anxiety and depression by moving attention away from emotional adversity, as an analogue to the psychological termof “denial” (Roussos et al. 2009).”

In other words… “[The adventure gene] appears to be favoured by selection (1) when benefits can be gained from migrating to new environments , and (2) under resource-rich environmental conditions (Penke et al. 2007 )”. And the extra bonus is that it may protect individuals from downward emotional spirals in adverse situations. So maybe you get accused of a little misanthropy from time to time. Ah well… it will probably seem worth it when you’re having more fun than everyone else.

What could be the behavioral differences that are selected for? By observing current genetically influenced differences in human personality, it has been suggested that resource-depleted, time-critical, or rapidly changing environments might select for individuals with “response ready” adaptations, whereas resource-rich, time-optimal, or little-changing environments might select against such adaptations . We have speculated that such a “response ready” adaptation might have played a role in the out-of-Africa exodus and that allele frequencies of genes associated with such behavior certainly would be influenced, subsequently, by the local cultural milieu (Wang et al. 2004).

Referring to these findings, [others] noted that under conditions of environmental harshness and resource scarcity (as is common in hunter-gatherer societies), intensive cooperation, strong family ties, stable pair bonds, and biparental investment are necessary for survival and successful reproduction. These ancestrally typical conditions would maintain the more risk-averse, ancestral form of the [the adventure gene] (Penke et al. 2007)

In this model, the 4R variant has been honed for hundreds of thousands of years to function optimally, whereas [the adventure gene] variants are suboptimal yet confer a behavioral advantage in some environments. Though the “response ready” hypothesis was proposed as an environmental adaptation, sexual selection has long been proposed as another source of human variation (Darwin 1871). (Wang et al. 2004)

The next question for me is… “So what do we do with this information?” If you have any thoughts, I’d love to hear them below. To my mind, it would be an act of violence (in the parlance of Foucault) for society to place constraints on this group of people. If some of us suffer rapt elation at the prospect of adventure and exploration, wouldn’t herding such children into pens of monotony be a “tyrrany of the majority” of a serious flavor? Or is it better to reign in such impulses… to keep them in hibernation until such characteristics are needed?

And… Why is adventure so damned sexy that it’s the foundation of memes?

Please leave a minimum of 3 comments (yes, 3 each ya slackers) below. 🙂

But under more luxuriant environmental conditions, when children can survive without so much paternal support (as in most agricultural and modern societies), the more risk-seeking 7R allele should be favoured by selection, as it leads to a personality more prone to sexual promiscuity and intrasexual competition (Penke et al. 2007).

and… Your paleo brain in the modern world…

We have speculated that the same traits that may be selected for in individuals with a DRD4 7R allele also may predispose behaviors that are deemed inappropriate in the typical classroom setting and hence diagnosed as ADHD. In this environmental-mismatch hypothesis (Hartman 1993; Jensen et al. 1997), the DRD4 7R subset of individuals diagnosed with ADHD is assumed to have a different, evolutionarily successful behavioral strategy, rather than a disorder. It is also possible, however, that DRD4 7R, although selected for in human populations, could have deleterious effects when combined with genetic variants in other genes. (Wang et al. 2004)

Oh your heart is pounding just thinking about it! I can almost feel it. No, seriously. You didn’t feel that?