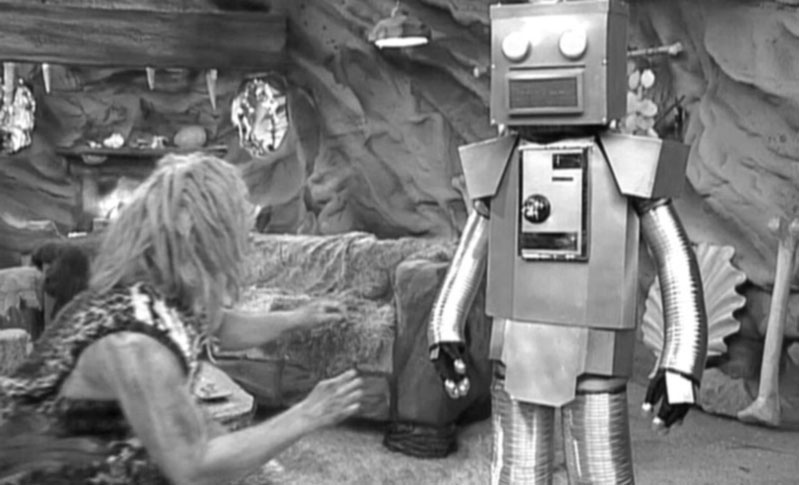 First, a disclaimer: I have no moral qualms with with sex. My current interpretation is that, in humans, sex is a factor we use in deciding with whom to reproduce. If that’s true, the cult of monogamy serves, in some degree, to benefit individuals whose reproductive success is improved under that system. I also have no qualms about the theoretical underpinning of pick-up artists (PUAs) so far as it’s about jettisoning cultural baggage and presenting one’s self in the best light. Translation: I don’t hate the game.

Here’s where I do object: The hackneyed use of evolutionary psychology and pop-paleoanthropology to craft narratives of our evolutionary past, then use them to justify behaviors or strategies. Among PUAs, this is commonly manifested in a narrative that goes something like: “Humans evolved emotional responses that influence attraction in the paleolithic. During this period of human evolution, we lived in tribes. Because of the protective advantages, resource advantages, and social advantages of tribal leaders, women evolved an attraction to tribal leaders, a.k.a. alpha-males. Therefore, men should act like alpha males to attract women.”

Side Note: Lately, John Durant of hunter-gatherer.com has been writing about sorta similar things in the context of masculinity. While John’s recent posts have reminded me of my intent to write about this subject, I haven’t seen him construct this narrative. So… unless I missed something, the timing of this post is mostly a coincidence.

As to not be accused of constructing a straw-man, here are some quotes from “Mystery”, of the TV show The Pick-Up Artist. I can already hear the PUAs interjecting… “Yeah, but brah… he doesn’t represent all PUAs.” I fully agree with that point, but I don’t particularly give a fuck.

Evolutionary psychology and hunter-gatherer anthropology are ridiculously important and useful to a zillion things, and they continue to be held back by the pop-PUA bullshit that gets circulated endlessly. In other words, it makes my life difficult because I have to waste my time dealing with flak from people who object to the bullshit narrative — while I agree with their objections to the narrative. Darwin’s baby gets thrown out with the bathwater because a few people want to sell an image and a bunch of poorly researched ebooks.

The other objection I can hear rattling around in the most vapid of PUAs’ heads is, “Um, dude… So what, it fucking works.” That’s true in many cases, but it’s still a logically flawed argument. I’ll let those using it try to figure out why on their own.

But I digress… the quotes:

“Our emotional circuitry is designed to best suit our [survival and reproduction] based on an ancient environment and tribal social order that once existed tens of thousands of years ago.” – The Mystery Method: How to Get Beautiful Women Into Bed (2005)

“Our emotions, and the behaviors they cause, are best adapted to a primitive tribal environment that no longer exists.” Revelation (2008)

“A friend that says, ‘He’s dated playboy models.’ Peacocking that screams tribal leader. Demonstrations of leading men in the group…. These are plotlines, and my game is full of them… learning that you are the tribal leader, having a jealousy plot line infuriate her…” The Pickup Artist: The New and Improved Art of Seduction (2010)

The main references cited in the PUA books mentioned in these posts are Richard Dawkins’ The Selfish Gene (1976) and The Evolution of Desire by David Buss (2003). I recommend both books, but the citations tend to misrepresent them. In the case of Dawkins’ book, it was written more than three decades ago, and anthropology has progressed radically in that time. Further, Dawkins is an evolutionary biologist, not an anthropologist. Using his work as an anthropological reference is bound to be somewhat problematic.

There is no good reason to believe that humans evolved in hierarchical tribes between tens of thousands to two million years ago. To the contrary, there is a mountain of evidence showing that humans evolved in largely egalitarian bands that punished attempts of dominance with social sanctioning, banishment, and death (Boehm 1999). Yes, that’s basically saying that alpha males got offed by their social group — not exactly a benefit to reproduction. It appears that human ancestors likely lived in dominance hierarchies sometime in our distant past, but probably prior to the evolution of the hominin (human) line (Boehm 1999; Debreuil 2010). These works indicate that whatever “alpha” dominance tendencies evolved in our remote ancestors has most likely been evolving in the opposite direction for a couple million years. Among related primate ancestors, we see varying levels of dominance hierarchies, but the most recent common ancestor likely dates to 6 million years ago — a very far cry from merely “tens of thousands of years ago.” It must also be noted that as an evolutionary process, these behavioral traits exist on a continuum, and can’t be precisely mapped on a timeline. However, the “tribal” evolution narrative appears to be simply wrong.

Without going into tedious detail, it’s unlikely that the alpha-male behavioral type (however imprecise that classification may be) is particularly adaptive. Traits that confer significant reproductive advantage tend to spread through a population rapidly. That basically means that traits that consistently vary widely among a species are probably not under significant selection pressures. If being alpha was the ne plus ultra of mate wooing strategies, there would be a whooooooollle lot fewer “betas.”

Evidence of what works better

If evolved human dominance behaviors have been decreasing over time, we would expect to see something else evolve to replace it. Because of the evolution of hominin brain size and cognition across the paleolithic, we might expect that whatever trait evolved via sexual selection related to these developments. Indeed, humor and intelligence appear to be more attractive to women than testosterone-related masculinity when it matters most — during female ovulation (Kaufman, et al. 2007). Greengross & Miller (2011) also found that humor relates to intelligence, and predicts mating success. Further, their data showed that Christopher Hitchens was right, and that males use humor to be selected by women.

Masculine or “alpha” behavior is attractive to some women sometimes. It appears to be a retained trait from multiple millions of years ago, that was once advantageous, but has lost its significance with respect to the population as a whole. I’ve personally experimented with gender stereotypes enough to know that the opposite of masculinity can be attractive to women as well. When successful, either approach will lead to massive selection bias.

So, the PUAs are partially right on the attractiveness of masculinity. However, their narrative is a myth, and buying into such myths can limit reproductive success — or whatever term the PUA flavor of the month is using for “fucking” these days.

Then again, if you have intelligence, and the humor related to it, you probably already know that playing one strategy for every game is itself a sub-optimal strategy.

Boehm, Christopher (1999). Hierarchy in the Forest: The Evolution of Egalitarian Behavior.

Dubreuil, Benoit (2010). Human Evolution and the Origins of Hierarchies: The State of Nature.